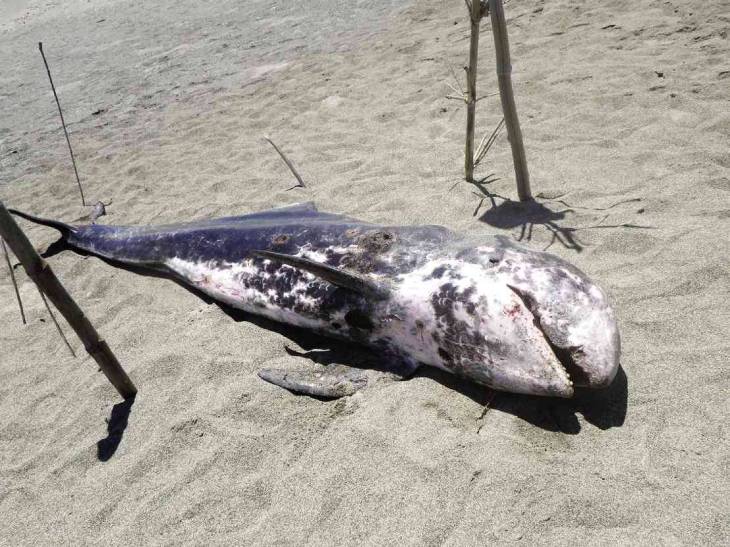 The dolphin found dead on the shore of Paoay, Ilocos Norte. Photo from Arthur Valente

A Risso’s Dolphin (Grampus griseus) was found dead on the beach of a fishing village in Paoay town on Friday, and initial examination suggested it may have died from acoustic trauma and hunger.

The municipal agriculture office here said the Risso’s Dolphin, one of the larger members of the dolphin family, grows up to 3 meters long and can weigh 270 kilograms.

“The dolphin was thin and had wounds in various parts of its body. Like previous cases [involving beached marine animals], the dolphin may have died due to acoustic trauma and hunger,” said Arthur Valente, provincial fisheries regulation officer of Ilocos Norte.

Valente was referring to hearing loss or injuries induced by loud noise which the dolphin may have suffered as they neared human habitats.

He said experts are undertaking necropsy analysis of samples taken from the dolphin’s carcass.

The dolphin, which was decomposing, was immediately buried.

In May, a butchered whale was found along the shoreline of Maglaoi Sur in neighboring Currimao town.

The provincial fishery office has recorded 11 cases of marine animal stranding from January to August this year.