Fishery officials and veterinarians have been closely monitoring a False Killer Whale (Pseudorca crassidens) which beached itself on the shore in Pak Pha-nang district of Nakhon Si Thammarat since Thursday.

Mr. Santi Nilwat, a fishery official at the marine resources and research centre in Songkhla, said his men and veterinarians from Phuket have taken turns to watch the whale around the clock and have occasionally applied cream on the animal’s body to prevent its skin from getting dry since Thursday.

He disclosed that the whale was found to have contracted infectious diseases in its respiratory system causing it to have difficulty in breathing. Its general condition is not good and it cannot swim by itself, he added.

Saline water mixed with antibiotics has been intravenously administered to try to save the animal, said Mr. Santi.

The article misidentified the animal in distress as a Killer Whale or Orca (Orcinus orca).

Update: Unfortunately, the False Killer Whale has died, and a necropsy revealed that it had ingested pieces of plastic, which might have contributed to its poor condition and death. 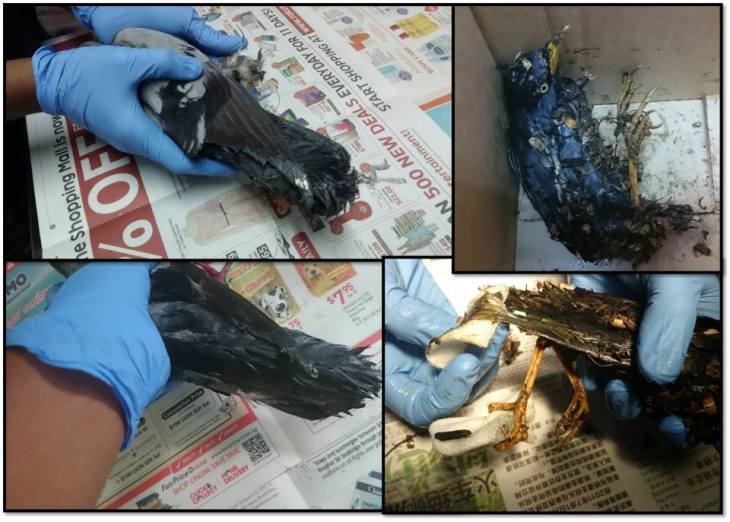 On Halloween night, we have to say that one the scariest things for our officers (and the animals) is to find an animal stuck on glue. Thankfully, Abracadabra, the Feral Pigeon (Columba livia) was released following a couple of cleaning sessions. But Carmen, the Javan Myna (Acridotheres javanicus) rescued today, has gotten very badly stuck to the glue, and we hope that Carmen pulls through this.

Please, please help to spread the word not to use glue boards/traps for any animals

Our heartfelt thanks to a school in Tampines, for getting help for the stranded and lost Black Bitterns (Ixobrychus flavicollis). Unfortunately one of them had passed away before we arrived but the other survived for immediate release.

A beautiful Pin-tailed Parrotfinch (Erythrura prasina), found dead in Tiong Bahru by Isabelle Lee. Like most of the dead birds that have passed through me, this one’s neck is definitely broken – likely another case of windowkill. In the freezer now, bound for David Tan from the Avian Genetics lab tomorrow.

The Pin-tailed Parrotfinch is native to the region, but has not been recorded from the wild in Singapore. It is likely that this individual was a former captive.

Quite a stench: The dead fish found in a monsoon drain in Taman Putra, Ampang is worrying residents.

The discovery of more than 1,000 dead fish in a monsoon drain in Taman Seraya, Ampang last Saturday has got residents in two neighbourhoods worried.

It is believed to have originated from a waste water treatment facility and oxidation pond belonging to Indah Water Konsortium (IWK) Sdn Bhd at Taman Seraya.

Teratai assemblyman Tiew Way Keng, who highlighted the issue, said the matter was a cause for concern as residents in Taman Seraya and adjacent Taman Putra claimed to have seen foreigners collecting the dead fish.

“This is very worrisome as we do not know if they are consuming the fish or even selling them at the nearby market,” she said, adding that the fish was a type of Tilapia (Oreochromis sp.) species.

Ampang Jaya municipal councillor Jason Lim claimed that the problem had been occurring for many years.

“Twice a year, we usually see the dead fish in the monsoon drain along Jalan 19 and Jalan 22. Not only that, the residents have to put up with the stench,” he said.

Taman Putra resident How Kee Hong, 56, said although it was rare to see the dead fish, it was the overflowing of the sewage drains that was the main problem.

“Whenever it rains, the manholes along Jalan 22 will overflow and the waste water is washed into our compounds. It becomes very filthy and we have to spend the day cleaning up,” she said.

IWK Communications senior manager Shahrul Nizam said there was evidence that the perimeter fence of the oxidation pond had been tampered with.

He suspected that some unscrupulous people had entered the area to catch the fish.

“We think they may have poured some sort of chemical into the water to make them float.

"We are still investigating the matter but in the meantime, we will tighten security to ensure this does not happen again,” Shahrul said. 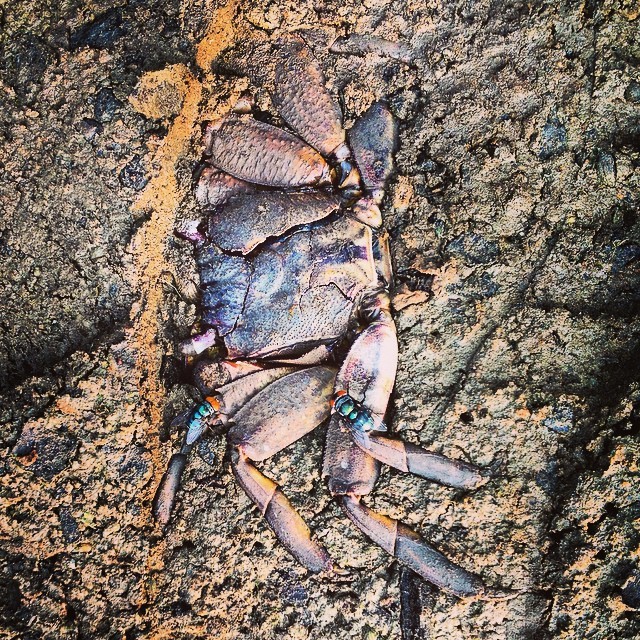