The carcass of a sea creature found at Kampung Beting Lintang beach last Thursday has been identified as a Melon-headed Whale.

The carcass of a sea creature found at Kampung Beting Lintang beach last Thursday has been identified as a Melon-headed Whale (Peponocephala electra).

State Fishery Department director Abdul Khalil Abdul Karim said their checks showed that the whale died in the ocean and had washed up on the beach following recent rough sea conditions.

The carcass was spotted on the beach by villagers.

“It was nearly decomposed, making it hard for our researchers to check,” he said when contacted.

“It was learnt that the whale was moving with a pod but became separated, and it later died,” he said.

On Thursday, the State Fishery Department had dispatched a team of researchers to determine whether the animal carcass found at Kampung Beting Lintang beach was that of a whale.

The picture of the partly decomposed animal went viral after it was photographed on the beach near Kampung Beting Lintang.

6.8 metres seems awfully large for a Melon-headed Whale though, which typically reaches 3 metres in length. It’s likely that this is an error, and that it’s actually much smaller. Another possibility is that the carcass has been misidentified, although among the dolphins, only the Orca or Killer Whale (Orcinus orca) reaches such sizes; even the Short-finned Pilot Whale (Globicephala macrorhynchus), the second-largest dolphin species in tropical waters of Southeast Asia, is not known to grow to such a size.

Picked up a female Pink-necked Green Pigeon (Treron vernans) after it crashed into the glass sliding doors on the third floor of the Botany Centre at the Singapore Botanic Gardens. A big thank you to NParks staff for sending this in.

Dead female Pink-necked Green Pigeon at the Singapore Botanic Gardens. It died after colliding with the reflective sliding doors of the Botany Centre building, sustaining serious injury on the right side of its head (it was bleeding from its right eye). The collision was strong enough to leave an imprint on the sliding door.

Reticulated Python (Malayopython reticultus) close-up. Taken from road kill just outside Bunker Track this morning. It must have been at least two metres long. So sad! 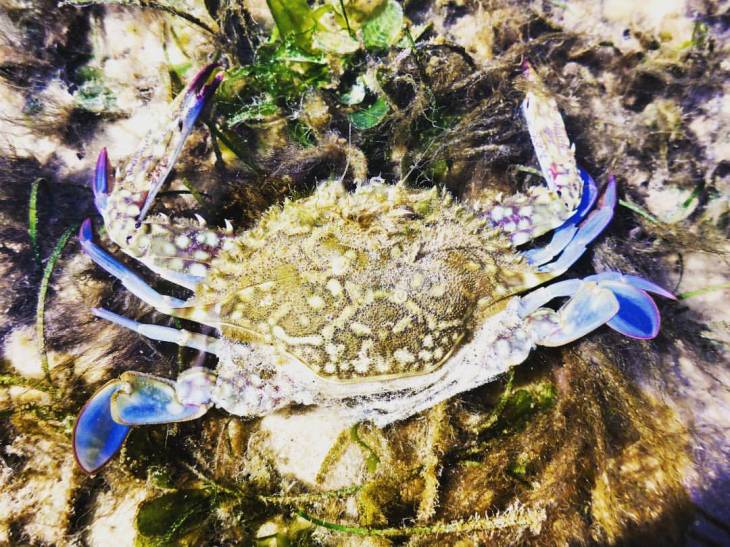 The State Fishery Department has despatched a team of researchers from the department’s head office to determine whether the animal carcass found at Kampung Beting Lintang beach this morning was a whale.

Its director Abdul Khalil Abdul Karim said the public alerted him about the incident at around 2.30pm and a team of researchers had been despatched to Besut 30 minutes later, to identify the species of the animal carcass.

“From my observation of the circulated picture, the carcass seems more similar to a dolphin rather than a whale. However, we have to wait for the report from our researchers before any confirmation can be made,” he said today.

The picture of the partly decomposed animal went viral after is was photographed on the beach near Kampung Beting Lintang today.

This is most likely one of the dolphins often known as ‘blackfish’; possibly a False Killer Whale (Pseudorca crassidens), Pygmy Killer Whale (Feresa attenuata), Melon-headed Whale (Peponocephala electra) or young Short-finned Pilot Whale (Globicephala macrorhynchus). It’s difficult to conclusively determine the identity of the carcass without more photos from other angles.