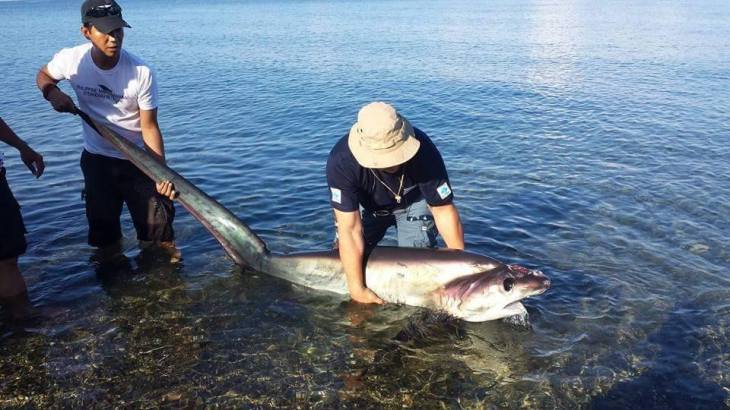 “Both Turtle carcasses were partly decomposed. The turtles are believed to have died a week ago at sea,” said State Fisheries Department director Abdul Khalil Abdul Karim.
Photo: Bernama

Two Green Turtle (Chelonia mydas) carcasses were found on the beaches of Paka and Kerteh yesterday.

He said the male Turtle, identified to be the Chelonia mydas species was partly decomposed.

Abdul Khalil said a second male carcass of the same species was found by a member of the public at Kerteh beach in the evening.

“Both Turtle carcasses were partly decomposed. The Turtles are believed to have died a week ago at sea,” he said.

Initial investigations indicate that the Turtles may have died after being trapped in fishermen nets.

A 45-year-old fish breeder suffered RM15,000 losses when his pond of Tilapia fishes was poisoned

A 45-year-old fish breeder suffered losses of RM15,000 when his pond full of Tilapia (Oreochromis sp.) fish was poisoned.

District police chief Assistant Commissioner Harith Kam Abdullah said a water sample and the dead fish had been sent to the Chemist Department for tests.

“The operator, whose pond is located at Taman Simpang Bersatu at Aulong here, had lodged a report on the matter on Monday,” he said here today.

The case is being investigated under Section 428 of the Penal Code for mischief against animals, added Kam.

“We have identified several suspects and will be picking them up soon to assist in investigations,” he said.

Those with information on the matter are urged to contact the nearest police station.

The death toll of Turtles rises every year between January and April when they get entangled in fishing nets or are hit by propellers of boats carrying tourists.

Institute of Oceanography and Environment, Universiti Malaysia Terengganu (UMT), Turtle Research Unit (SEATRU) project head Dr Juanita Joseph said this has been proven through a study conducted by the unit.

She said although it is the monsoon season now, the number of fishermen going to sea was high because there’ll be an increased amount of fish.

“The use of trawl nets will harm Turtles and this should be monitored to prevent their deaths in the future,” Dr Juanita said when contacted by Bernama here today.

Dr Juanita said this when asked to comment on the death of two Turtles within two days in a row on Batu Buruk beach, Kuala Terengganu and in Dungun today believed to have been caused when the Turtles got entangled in fishermen’s nets.

Malaysia: Turtle death rate on the rise between January and April

Two breeders who reared fish in cages claimed losses of almost RM400,000 when their ikan patin (Iridescent Shark Catfish) (Pangasianodon hypophthalmus) and Tilapia (Oreochromis sp.) died two weeks ago, believed to be due to the hot weather.

Sabarudin Osman, 46, and Hamdan Ros Mat Derus, 53, who operated fish farming with cages in Kampung Herlang here, said this was the first time they experienced the death of such large quantities of fish since they started operating the fish cages in 1995.

“There have been cases of fish dying from the heat before this, but it was not as serious as this. Now, every time I want to visit the fish pond, my heart pounds because definitely I’ll find dead fish floating,” he said when contacted here today this.

Sabaruddin, who operates 50 cages of ikan patin and 40 fish cages of Tilapia in the downstream of Sungai Pahang, also did not rule out the possibility that he might be forced to temporarily shut down operations if the caged fish continue to die.

Meanwhile, in Tanjong Karang, three areas under paddy cultivation stretching 760 hectares located in Sabak Bernam, near here, have been identified to be affected by the El Niño phenomenon. 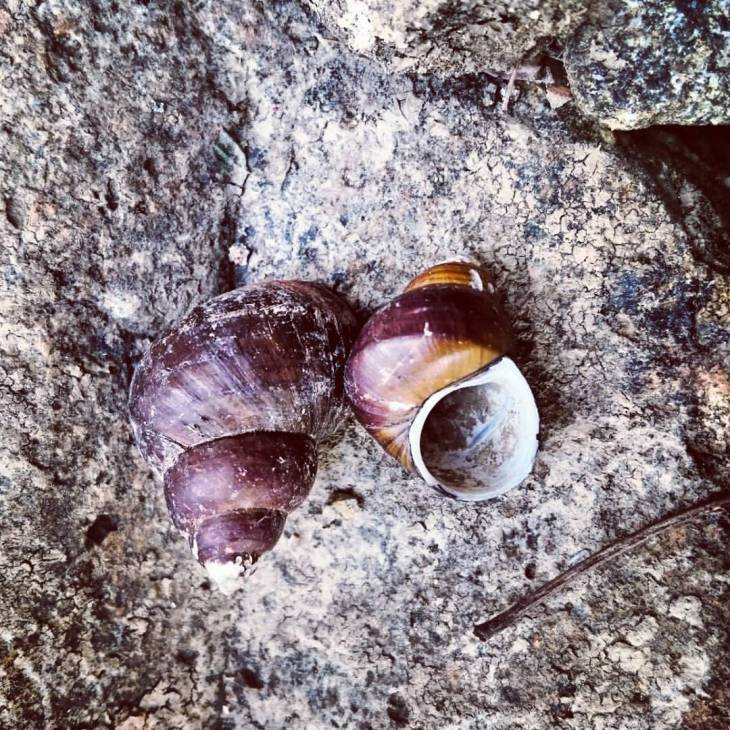 A vigilant social media – Facebook user post led to the identification and eventual filing of complaint to the suspects who slaughtered a Green Turtle (Chelonia mydas).

The Facebook user posted four photos of the suspects slaughtering the Turtle on March 18, in Barangay San Isidro, Calatrava town, which went viral.

With the aid of social media, the DENR operatives and the Philippine National Police and barangay officials identified the suspects to be Jolito Dela Torre and alias Sitoy Caraca, both residents of Barangay Ermita, Sipaway Island of San Carlos City, the release from DENR-CENRO said.

CENR Officer Edgardo Rostata of DENR Cadiz City filed a complaint against the suspects for violation of Section 27 (a) of RA 9147, otherwise known as the Wildlife Resources Conservation and Protection Act.

“Killing and destroying wildlife species is illegal in accordance RA 9147, plus the fact that the marine species is considered endangered in accordance with the CITES Conservation Status,” Rostata said in the release.

PENR Officer Andres Untal added that the case is considered isolated considering that this is the first case filed under the jurisdiction of CENRO Cadiz City for the said offense.

Meanwhile, CENRO Cadiz City is intensifying efforts in addressing this similar concern and have informed the respective local government units and Bantay Dagat teams of the incident and to keep monitoring for similar incident.