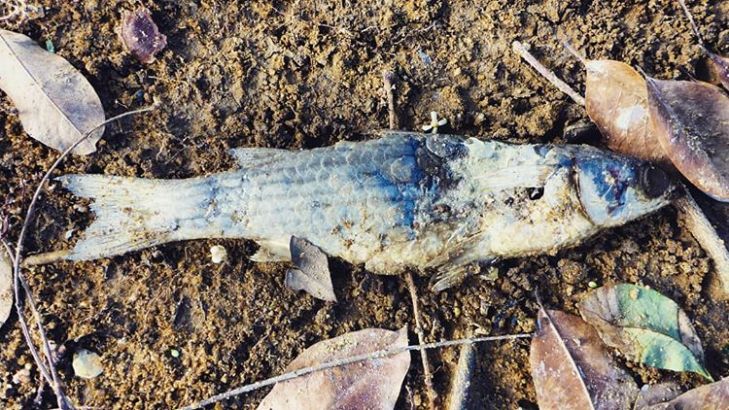 The remains of numerous fishes were found on the ground below the trees that were occupied by a colony of nesting Grey Herons (Ardea cinerea). It’s likely that these had been dropped by the Herons. There are several different species of Mullets recorded from Singapore waters, and it is difficult to tell many of them apart.