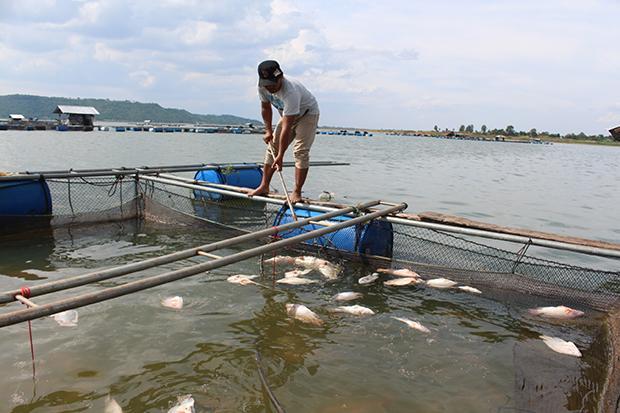 Fish raised in hinged floating baskets in the Lamsae Dam lake in Khon Buri district have been dying by the hundreds as daytime temperatures rise to nearly 40°C.

Fish farmers said the deaths were probably caused by a drop in the oxygen in the water under the scorching sun.

Sompong Wongbao, 34, said that for the last three days his regular chore had been to scoop out dead and dying fish. He gave them to his neighbours, who would dry or pickle them.

He said the dead fish showed no traces of disease and he believed they simply died from the heat.

Mr Sompong said he had lost about 7,000 baht in income over the past three days.

Other fish farmers at Lamsae Dam were facing the same problem, he said.