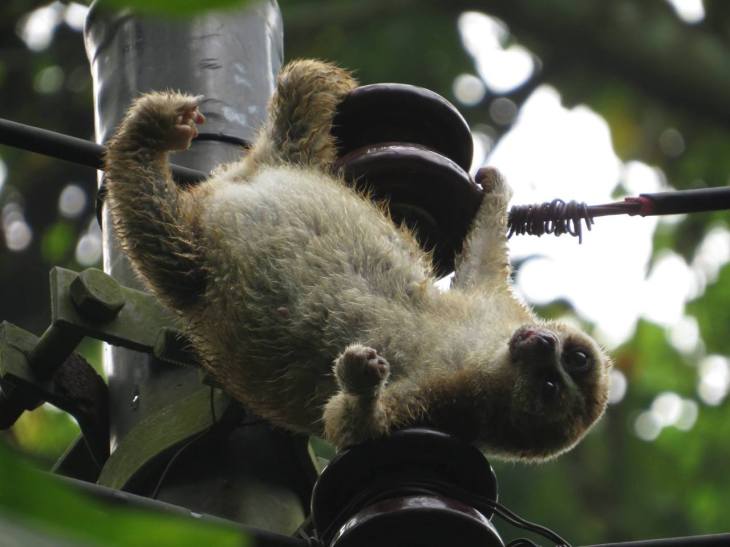 A photo of the rarely seen Slow Loris (Nycticeus coucang) taken from secondary forest along Old Upper Thomson Road during a biodiversity survey in September 2015. I have seen only twice before in Sabah and Panti but this is the first time I have seen one in Singapore. Unfortunately, it doesn’t count as a Singapore tick as this individual was already dead, probably electrocuted by the old power line.

A few days ago a Bengal Slow Loris (Nycticebus bengalensis) was brought for urgent medical treatment. He had been found in the garden of a concerned local who had kept him for 1 month prior contacting us. Sadly he died shortly after arrival. The results of the postmortem found that he had suffered from some kind of impaction as he was bleeding internally, this may have been caused by a vehicle collision or attack by humans or feral domestic animals. Rest in peace little one.

Yesterday we received a call about a critically injured Bengal Slow Loris (Nycticebus bengalensis). The WFFT Wildlife Rescue Team rushed to the aid of this injured animal that had been found by some concerned local people, unable to move near a busy road. After being electrocuted by exposed power lines he had fallen to the ground. He was rushed directly to the WFFT Wildlife Hospital for urgent care. Having endured horrific burns to each of his feet, hands and limbs, the injuries were too severve to save this little soul. Sadly this happens all too often in Thailand, exposed electricity cables throughout the country severely injure and kill thousands of wild animals every year. Rest in peace little one.

Observation: The carcass of a loris, about 25 cm in head and body length, was found with no external injury at the side of the road.

Remarks: This example could have been hit by a motor vehicle and was assumed to have died the previous evening. It was collected and deposited in the Lee Kong Chian Natural History Museum at the National University of Singapore. This record is mentioned in Fam et al. (2014: 72) who also question the status of Slow Lorises on Singapore Island. As lorises were frequently traded through Singapore, the population there may consist partly of non-indigenous animals that had been abandoned. 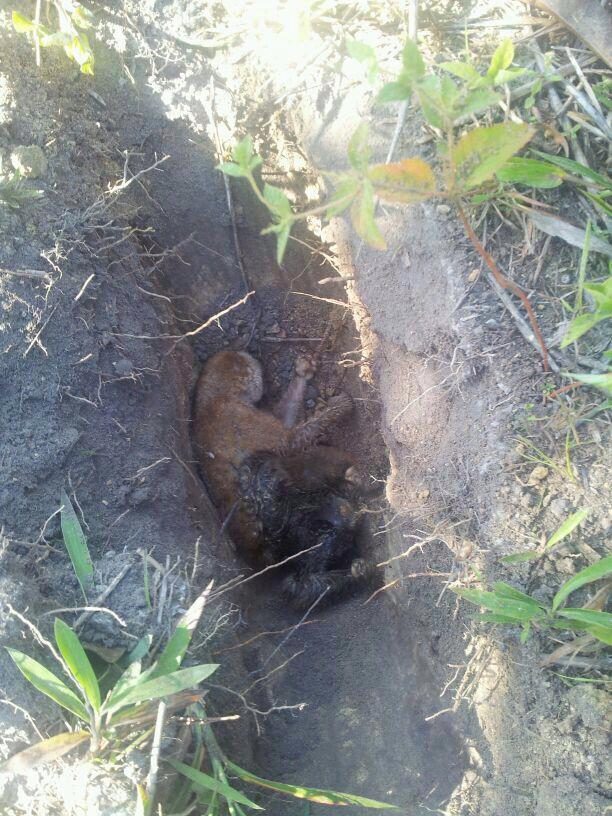 A Bornean Slow Loris (Nycticebus menagensis) got run over on Jalan Jerudong a few days ago.

However, a commendable act took place, Mr. Hakam stopped just to rescue this amazing and threatened creature. We thank you for your heroic act and for calling us. When we saw that it was visibly injured and was not responsive, we thought it might die.

However, the next day we handed it over to the Wildlife Division, MIPR who took it to the vet. They informed us a few days ago that it received some medication and is recovering. We hope the wildlife division can keep us informed on the status of this beautiful animal. We thank the wildlife division for cooperating with us.

The wildlife division who were taking care of the Bornean Slow Loris informed us yesterday that it has died. Very sad indeed. The loris seemed to be improving, but he was badly injured and it looks like it took a toll on him. At least he survived in care for a few days instead of dying on the spot. Not everything has a happy ending, but we hope the loss of the cute loris makes everyone drive more carefully, especially at night, and to report the trade of protected animals. 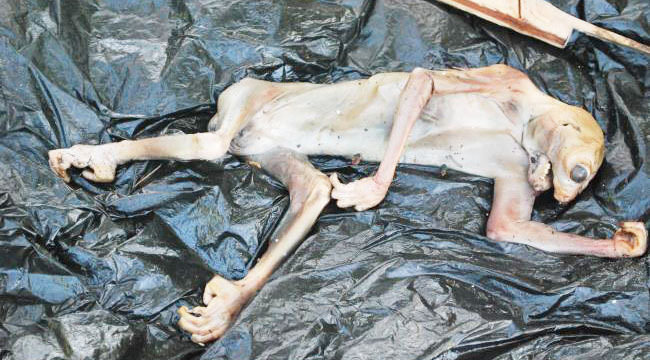 The carcass of an animal was discovered by a local worker floating in the river near the Wood Discharge Complex of Forestry Department in Jalan Kota Batu at Simpang 980.

According to Awg Jeluddin bin Ahmad, the dead animal was found at around 7.30am near the woods.

He said, “This is the first time I have seen an animal like this since I started working here for over 30 years. When I saw the carcass of the animal, I immediately called my friends, but they also did not know what animal it was.”

Might this be a Bornean Slow Loris (Nycticebus menagensis)?