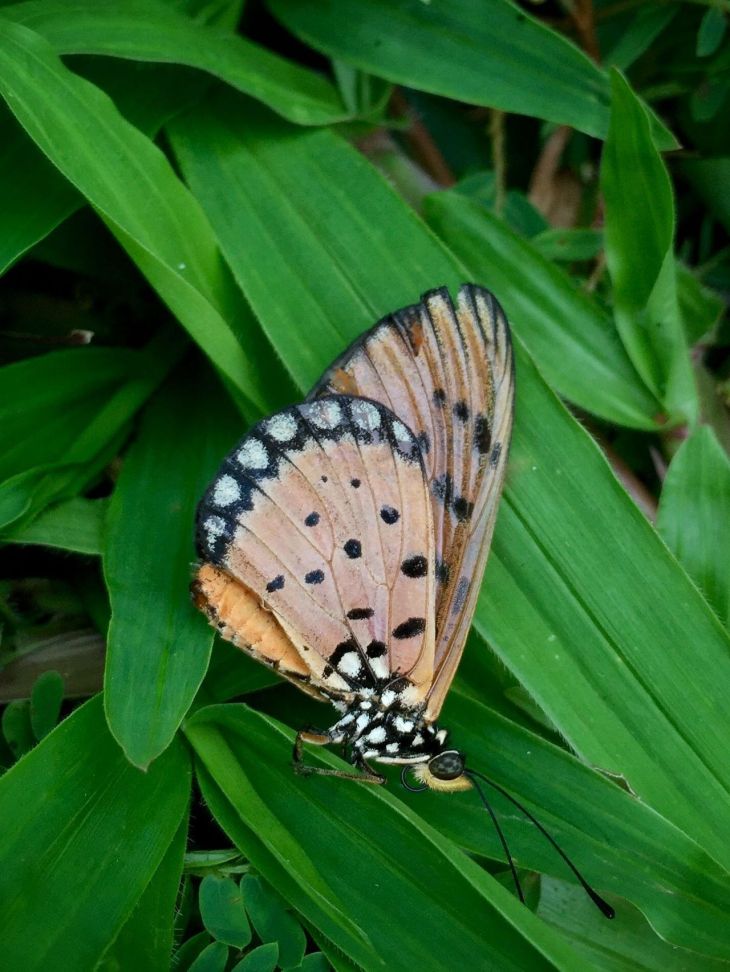 This photograph of a Tawny Coster was posted by Jay Yip to the Monday Morgue Facebook page.

Remains or moult of Chinese Mitten Crab at the bottom of the pond, surrounded by numerous Faunus ater snails. Note detached and overturned carapace at upper right corner of picture. Photograph by Tan Heok Hui

Observation: A large male Mitten Crab with detached and overturned carapace (about 10 cm wide) was seen in a shallow part of the pond. It was surrounded by many Faunus ater snails (see Lok et al., 2011, for information on this snail). As can be seen on the accompanying photograph, the empty body cavity and intact limbs suggest that it is a moult, and the actual crab could be somewhere in the pond. It can also be a crab that had died and been eaten. However, the actual condition of the animal has not been confirmed.

Remarks: The Chinese Mitten Crab has been recorded as an invasive species in many places, and in Singapore an individual was previously recorded in the wild (Low et al., 2013). The present record coincides with the northern hemisphere autumn, the season in which gravid Mitten Crabs are imported as a seasonal delicacy. It is highly likely that this example had been bought alive from a supermarket and intentionally released at the pond.

Dead wild fishes were spotted at the Marsh Garden at West Coast Park on 19 Oct (Sun).

Gan Da has been going regularly to the Marsh Garden for the last three months for his school project. This is the first time he has seen these dead fishes.

The Marsh Garden is connected to the sea. Yesterday, Gan Da noticed 8 – 9 dead fishes floating near the entrance where the seawater comes in.

The dead fishes included this one which appears to be a kind of catfish. All photos and information thanks to Gan Da.

What killed these fishes? Is the Vibrio bacteria that killed farm fishes in the Johor Strait in northern Singapore now also in our Southern waters?

Red-eared Slider (Trachemys scripta elegans) run over and found at West Coast Park. She didn’t survive the accident and even laid eggs before dying.