A fishermen hauled in an 18 foot Megamouth Shark (Megachasma pelagios) netted in the waters off Cugman, Cagayan de Oro City this morning. Megamouths are very rare deep water sharks with only 56 specimens reported worldwide 10 of which are from the Philippines.

Fishermen haul a large fish netted in waters off Cugman, Cagayan de Oro City as residents look on. The fish was already dead when the fishermen brought it to shore at around 8 a.m. Monday morning. (Photo by Joey Yecyec, ABS-CBN News Regional)

A dead female Dugong (Dugong dugon) was found on the shores of Barangay Zone I, Santa Cruz, Davao del Sur yesterday. The animal could have been a casualty of fishing nets in the area. The animal was buried according to reports. Dugongs in the Philippines are critically endangered and protected under the Wildlife Act.

This dead Spotted Box Crab was found by Hazri Boey. 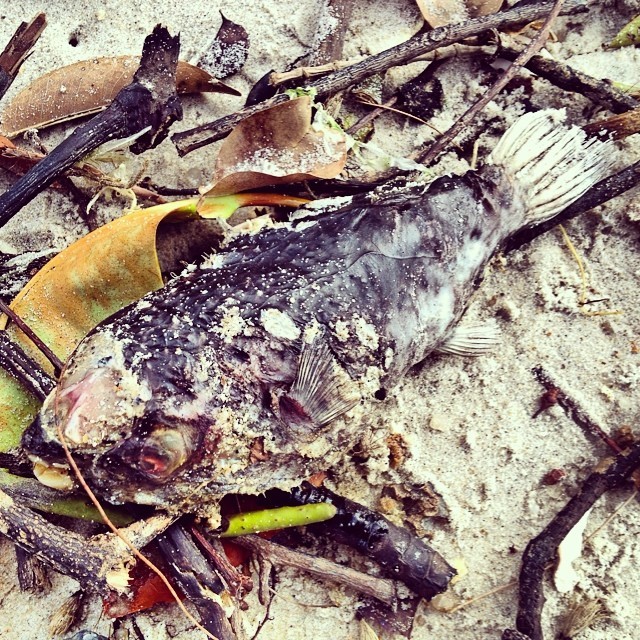 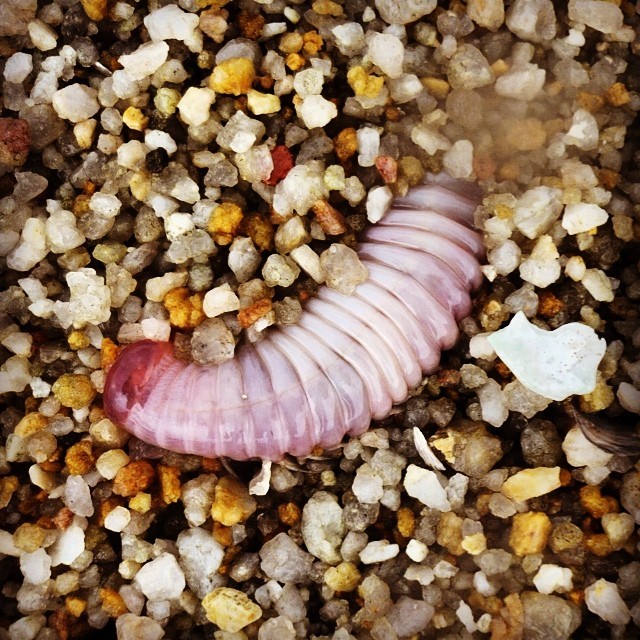 Ironhide, the Dog-toothed Cat Snake (Boiga cynodon) was unfortunately dead upon arrival. At 2 am in the morning we were alerted by the police about a python on the roads. Thanks to the member of public who reported to the police out of her concern for the snake, and waited until we arrived. Our hearts sank upon arrival, and we only hope that this sends a message requesting all drivers to watch out, while driving at night.

World Wide Fund for Nature – Malaysia (WWF-Malaysia) is saddened by the 300kg Largetooth Sawfish (Pristis pristis) caught off Pulau Bruit, stating that the sawfish is a critically endangered species in the world.

In June 2007, the International Union for Conservation of Nature (IUCN) has approved trade restrictions for Sawfish because trade along with fishing pressure and habitat destruction were pushing them towards extinction.

The IUCN approved all seven Sawfish species in Appendix I banning all international commercial trade except for one species found in Australia, which was included in Appendix II (but only to allow trade in live animals to public aquaria for conservation purposes only).

Also known as carpenter sharks, Sawfish are large rays related to sharks, with distinctive toothed snouts. They are often traded for their fins, meat, unique toothed rostra (snouts), and as live animals for exhibition.

Their distinctive saw-like snouts are sold as souvenirs, curios, and ceremonial weapons, while other body parts such as skin, liver oil and bile are used in traditional medicines.

Little is still known about Sawfish, with population facts and figures being scarce, and there are very few sightings. [Source: Conservation Bite for Sawfish]

Global populations of every species of Sawfish are estimated to have fallen to less than 10% of their historic levels.

To compliment the existing ban on commercial international sawfish trade, the strategy calls for national and regional actions to prohibit intentional killing of Sawfish, minimize mortality of accidental catches, protect sawfish habitats, and ensure effective enforcement of such safeguards.

The incident in Pulau Bruit, which WWF-Malaysia believes was unintentional, could have been avoided if fishermen are aware that the species is listed in the IUCN Red List, said conservation director Dr Sundari Ramakrishna.

However, she said, fishermen cannot continue to plea innocent all the time.

“They need to play their part in conservation by making it their business to fish sustainably, to know which species are common and rare, and make responsible choices by releasing live catch back into the sea.”

“WWF-Malaysia hoped that the incident in Pulau Bruit would serve as a lesson to all and moved the people from all walks of life to be more discerning when making their purchases for seafood,” she said.

When public are better informed and understand the impacts of our seafood choices, they will help shift our fisheries towards a more sustainable direction, added Dr Sundari.

The public can check out the status of fish species through WWF’s SOS Guide (Save Our Seafood) which aims at helping consumers make ocean-friendly decisions when it comes to their seafood.

The guide informs them which seafood is recommended, which to think twice about and which ones to avoid.

The guide is available in English, Bahasa Malaysia and Mandarin and can be downloaded from www.saveourseafood.my.

Malaysia: WWF-Malaysia is saddened by sawfish caught off Pulau Bruit

A Singapore filming company was at Pasir Ris Drive 3 on 24th June 2014 to film an active nest of the White-bellied Sea Eagle (Haliaeetus leucogaster) found in an Albizia tree (Paraserianthes falcataria) . This segment on the sea eagle is to be part of a wildlife documentary for Channel News Asia.

In the nest were two adults and one juvenile that looked to be about 10 weeks old. This was according to Simon Cherriman, the visiting eagle biologist. And on the ground was a dead juvenile, estimated to be about 6 weeks old. The image above shows Simon examining the dead sea eagle.

It died by what appeared to be strangulation by a fishing line – the first such case reported in this website.

Initially reported to have been strangled by a piece of fishing net, it has been clarified that the eagle was entangled in a length of fishing line.