The death of 8000 fishes discovered in Sungai Kampung Enam in Bachang here last Monday was believed to have been caused by oxygen depletion in the river.

“The gates at the barrage door control center is only half open during low tides. A long term solution to increase oxygen level in the river would be to flush out river water completely into the sea during low tide, so that new seawater can be flushed in during high tide to ensure higher oxygen content,” he said.

Idris said another cause of low oxygen content in the river was the high amount of sludge in the river.

“Thorough maintenance must be carried out to reduce the amount of sludge in the river, and this requires a massive clean-up at the river-bed,” he said during a press conference at Seri Negeri here, yesterday.

For this reason, Idris said the Malacca River Cruises would be stopped for a day or two.

“As long as we provide notice to customers, explaining to them that the river is undergoing scheduled maintenance, it should not be a problem,” he said.

Malaysia: Fishes died due to lack of oxygen

This dried fish was found on the ground below a tree that was occupied by several Grey Heron (Ardea cinerea) nests. It’s likely that this had been dropped by one of the herons.

Semporna 2015 – A dead Sea Turtle on the beach. It is kind of worrisome as this is not the only dead Turtle that I came across on the beach. I don’t think the locals are hunting it because if they did, they could have very well eaten it instead of letting it rot on the beach. Definitely not a good sign if these Turtles were to die wantonly on their own for unknown reasons.

This is likely to have been a Green Turtle (Chelonia mydas)

Residents of five villages in Sam Roi Yot district of Prachuap Khiri Khan have complained that a public creek they rely on heavily has became polluted, with many dead fish floating in it.

Local officials and soldiers on Wednesday examined the water at Huay Yang Khu creek in tambon Salalai of Sam Roi Yot district. They confirmed the presence of many dead fish of various species and sizes floating in the creek, which was dark and gave off a bad smell.

The creek is a major water source for thousands of households in five villages – Moo 2, Moo 4, Moo 5, Moo 6 and Moo 7 – of tambon Salalai.

Anan Iemsam-ang, a local resident, said he went to catch fish in the creek on Wednesday and was shocked on finding a mass of dead fish floating on the water. He had no idea what actually killed the fish, but felt sure it was water pollution.

He and other families who earn their living catching fish would be badly affected, said Mr Anan.

Suparp Thai-udomsap, headman of Moo 6, said the creek might be contaminated with toxic waste. Unless the problem was fixed thousands of households would be affected.

Officials had collected samples of water from the creek for testing, he said.

Thivaporn Suwannahong, a senior official at Salalai tambon administration organisation, said authorities had inspected pig farms on the northern side of the creek, but none of them had released waste into the water.

Officials suspected industrial waste might be the source of the pollution. There were five factories in the community, producing concentrated fruit juice, canned fruit and palm oil, Ms Thivaporn said.

Authorities would inspect the factories.

Some sad news. Around 11.30 pm, we were informed of a beautiful otter being run over. It was so sad to see this pregnant female die. We will give the carcass to the Museum department soon. Please drive carefully Brunei. This was in Bandar, near the Old Bolkiah cinema. It had a friend which was clearly upset and traumatised. Thanks Keeran Janin for informing us and trying to scare the other otter to the river.

Based on the size of the animal, it’s possible that this was an Asian Small-clawed Otter (Aonyx cinerea). 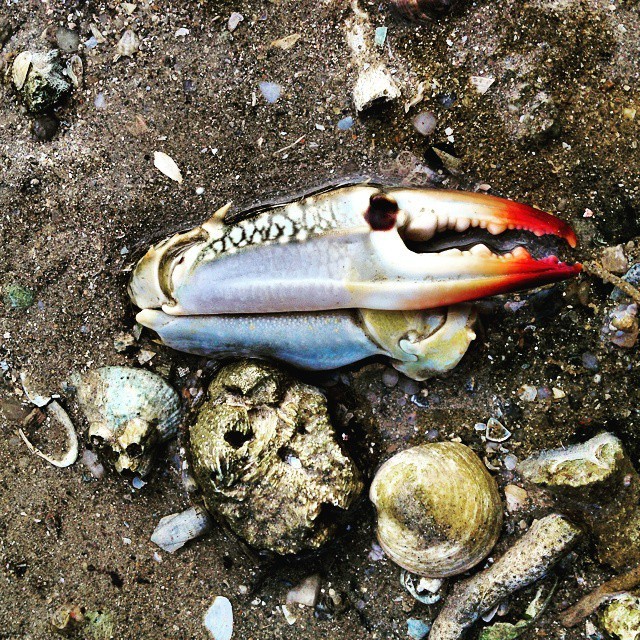